Announcing the 2016 Limited Edition Bremont de Havilland DH-88 Comet: Uniting the Greatest Air Race of All Time and the Most Imaginative Timepiece Technology of the 21st Century

Imagine owning a watch that’s not only named after but literally contains a part of the plane that made air racing history! You’re imagining the Limited Edition Bremont DH-88 Comet—but it’s not imagination. Designed, manufactured and assembled in Great Britain, this extremely limited edition is not “merely” inspired by the record-breaking DeHavilland DH-88 Comet “Grosvenor House” DH-88. Each chronometer actually incorporates a piece of the original spruce plywood from the DH-88’s undercarriage assembly, considered a major factor in the airplane’s speed. So you won’t just look stylish wearing the DH-88 Comet, you’ll be literally wearing a piece of air racing history.

And what a history it is. Piloted by British pilots C.W.A.Scott and Tom Campbell Black, the DH-88 Comet won the Trophy Air Race from London to Melbourne, Australia, in 1934, a race that set a new world flight record. Fighting exhaustion and significant mechanical challenges, and barely stopping to rest, the pilots in their pioneering aircraft traveled from England to Australia, 11,300 miles in all, in just under 71 hours. The winning time might seem agonizingly slow by today’s standards, but back when life and planes moved more slowly it was a remarkable achievement, and surpassing it became the goal of many legendary aviators throughout the 1930s, aka “The Golden Age of Flight.”

But as striking as its appearance is, don’t think vanity is at the heart of the DH-88’s creation. Bremont launched this imposing chronometer on July 16 both to commemorate the record-breaking feat and to help raise funds for the Shuttleworth Collection, a celebrated collection of aircraft and cars started by Richard Ormonde Shuttleworth, a passionate racer and pilot. This collection contains some of the last airworthy aircraft of their types remaining anywhere in the world, and their vehicle parades draw crowds from all over the world. As part of the DH-88’s launch, Bremont held an auction the entire proceeds of which were donated to the Children’s Air Ambulance, a charity very close to the hearts of Bremont co-founders Nick and Giles English.

So if you have a craving to become one of the very few collectors fortunate enough to wear this impressive combination of aviation and watch making history on your wrist, we urge you to contact Danson without a moment’s delay. Only 292 chronometers in stainless steel and 82 in rose gold will be available worldwide starting in early autumn, and Danson Jewelers is the only dealer in Northern New Jersey, one of the few in the entire New York tri-state area–indeed the entire world–designated to carry one DH-88 Comet in stainless steel! We’re 30 minutes by car or bus from midtown Manhattan and a stone’s throw from Teterboro Airport if you’re arriving by DH-88 Comet, the plane, that is. Call ahead and we’ll meet you at Teterboro. But do act fast; your opportunity to boldly display the DH-88 Comet on your wrist could disappear as fast as a comet flashes across the night sky and then vanishes forever.

ABOUT DANSON JEWELERS. The father–son team of Dale and Jack Nazy together represent 35 years of experience in jewelry. Danson has been at its present location in Hasbrouck Heights, NJ, since 1993. Danson Jewelers is the exclusive Bremont dealer in North Jersey; it is also the exclusive area dealer for Muhle-Glashutte, MeisterSinger, and Ball Watch. This exclusivity allow us to offer three-year warranties vs. the traditional industry standard of two years, and also offer a try-to-buy policy.

For a fascinating video about the Trophy Air Race, click Here

Bernie Libster is a feature writer, direct-response copywriter, former creative driector, storyteller and published author, poet and essayist. - About Danson Jewelers - Dale and Jack Nazy together represent 35 years of experience in jewelry, ten years in watches. We’re the foremost father-son watch team in the tri-state area, and have been at our present location in Hasbrouck Heights, 30 minutes from midtown Manhattan –non-rush hours, of course– since 1993 (we renovated in 2012). Danson Jewelers is the exclusive Bremont dealer in North Jersey. We’re also the exclusive dealer for Muhle- Glashuette, MeisterSinger, and Ball Watch. This exclusivity allows us to offer three-year warranties vs. the traditional industry standard of two years, We also offer a try-to-buy policy. 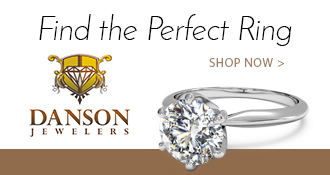